I was an engineering major at UCLA and a Theatre and Photography major at New York University. Since then, I’ve worn many hats to make a living in the very expensive city called Los Angeles, where a 1500 sq. foot home can sell for $1 million dollars(she says with her best Austin Powers impersonation).

In the beginning I assisted photographers as a makeup artist while appearing in National commercials, like: Chex Party Mix, Fruit of the Loom, Budweiser, Ivory Soap, Mr. Clean, Coors, etc. I helped buy my house that way.

I did parts on TV shows like Matlock, Northern Exposure and CSI Miami. I even had a contract role on the #1 Daytime Drame: CBS’s The Young and the Restless as Amanda, Mac’s “hippie mom.”

I’ve starred in low-budget action films during Roger Corman’s heyday, and I even went to Romania and filmed the first-ever Vampire movie series in Transylvania for Full Moon Entertainment called Subspecies. 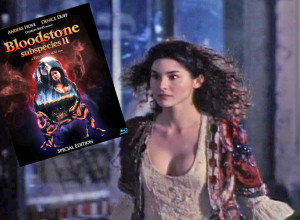 This series was loyal to the dark, scary, Nosferatu, un-glittery side of Vampires. 😉 Because of this series, and another Vampire film I directed and had distributed by Blockbuster, I’m often asked to appear at Horror/Sci-Fi conventions. There is NOTHING like this. It’s the intersection of exhilaration and sadness. No other way to explain it. And I love them still.

My husband of now over 27 years is Michael Duff. We are both from back East but met in Los Angeles to pursue our creative goals. I got to be in the audience during one of his first tours after his band Chalk FarM was signed by Columbia records and I’ll never forget the pride I felt watching people I didn’t even know sing his songs at the top of their lungs. I no longer had to shush people at the bar while he was playing. He had, at that moment, “made it.”

We have one daughter, Paris Helena Duff, who had a successful career as a model with one of the world’s top model agencies: NEXT LA. She did a one year apprenticeship in NYC with world-famous photographer Mark Seliger and is now a consummate pro photographer focusing on fashion and beauty in LA.

But at the bottom of everything I do, I’m addicted to helping people. I always believed it was a “selfish” quality of mine that since grade school nothing made me happier than when someone said “Thank you for your help”. The “noises in my head” were always dead silent when I was helping someone else. I’ve carried on this policy all through my life even when on an acting set. I was always interested that the crew was in good spirits and that they felt validated and appreciated. It’s my SuperHero Power and I LOVE to unleash it on people wherever I go. My high school softball coach said you always want to leave a person happier then when you first met them. 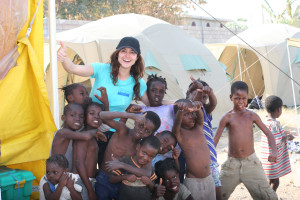 It’s what drove me to get on a plane and go to New Orleans when Hurricane Katrina hit. It’s what made me raise money going door to door offering discounted family photo shoots to be able to get on a plane and go to Haiti days after the earthquake with aid. And helping others is actually what got me to go hear Arianna Huffington speak at a conference and then get her to view my magical inspiring video blog about meeting family in Sicily I never knew I had! This encounter, by the way, led me to my invitation by Arianna to be a Blog Writer for the Huffington Post. 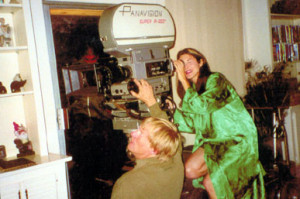 I’ve always believed that when the purpose was truly noble, no harm could come to my work schedule. But NOT doing something to help someone would always result in me feeling less about myself. So therein lies the “selfishness” of help.

Underneath it all, people are basically good. To quote Jessica from Who Framed Roger Rabbit “I’m not bad, I’m just drawn that way”. So I’m interested in redrawing ourselves and reversing the personal downward spiral that creeps in, especially as we grow older.

Really Living Life was born out of my videos, Facebook posts and questions from friends on a daily basis about what I do to stay trim, enthused about life, my DIY décor tips, running multiple creative careers, and being still so in love with my damn husband.

So, are you ready? Let’s dive into this together!

Page load link
Get My FREE Booklet!
© Really Living Life, 2017
Subscribe today and I'll send you, for FREE, my brand new "8 Tips to Mindful Eating". Then YOU can start eating and feeling better!
SEND ME MY BOOKLET!
×